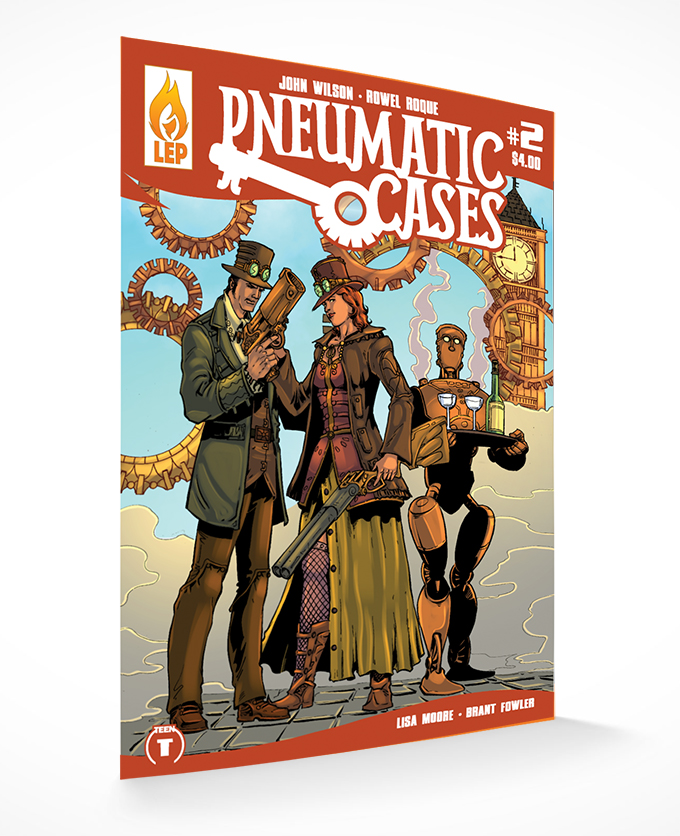 Pneumatic Cases was one of our two first releases upon launching Last Ember Press. Now we are thrilled to share this second exciting issue with you via Kickstarter!

As part of Kickstarter’s Make/100 promotion, we are offering a limited-edition, Kickstarter-exclusive reward item. Only 100 backers will have a chance to own this beautiful charm designed by Italian artist Elena Ferroli! 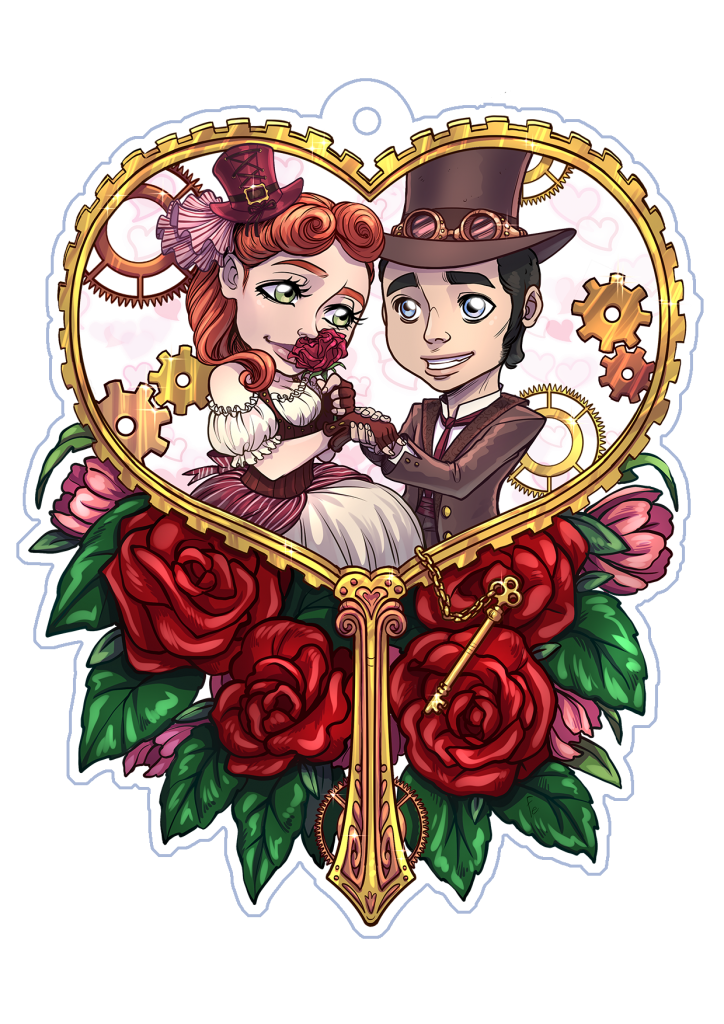 Lord and Lady Ravenscroft are two brilliant scientists and inventors whose Bohemian lifestyle and inventive ways are in direct contrast to the staid and proper ways of Victorian Era London.

Served faithfully by their steam-driven metallic Majordomo, Pneuman, and armed with a variety of elaborate self-created inventions, the Ravenscrofts pursue the one vocation that brings excitement into their world… solving murders!

Brought in to consult on a mysterious murder, the Ravenscrofts began hunting down clues that might lead them to the devious culprit. Making waves and alerting the wrong people to their efforts nearly cost them their lives.

Now, the case takes them to Austria to seek out the next piece to this chaotic puzzle of murder and mayhem they’ve found themselves wrapped up in.